Why the Transaction Vehicle Is Gaining Momentum in the Current Market

After spending years cycling in and out of favor with investors, the SPAC (special purpose acquisition company) is back and gaining momentum. Once a niche product for arbitrage-focused investors, SPACs have evolved to become a more mainstream path to the public markets that appeals to a growing base of investors and potential sellers.

Why are SPACs becoming more prevalent, and what should potential investors or sellers know about this developing trend? We share an overview of the rise of SPACs below.

Why SPACs, and Why Now?

A SPAC is a newly formed “blank check” corporation established by a prominent, qualified management team or financial sponsor. It has no commercial operations – instead, its purpose is to raise capital via an IPO ahead of identifying and acquiring an existing business. The SPAC has a finite amount of time to search for and acquire a target, generally about two years. The capital raised is placed in trust and can only be used to purchase a target company or, if the SPAC cannot complete a transaction in time, returned to its investors.

SPACs present an alternative path to the public markets, particularly when the IPO market is challenged due to heightened volatility and uncertainty. They are becoming more institutionalized and represent an attractive, efficient way for sellers to access the equity markets as the terms are determined much earlier than in a traditional IPO.

Year to date, SPAC IPOs represent 36% of all IPOs and 33% of all capital raised*. Fisker Inc., a California-based electric vehicle manufacturer, recently announced its intent to list on the NYSE via a merger with Spartan Energy Acquisition, a SPAC backed by Apollo Global Management, in deal valued at $2.9 billion. Other recent high-profile transactions include VectoIQ’s acquisition of Nikola, Diamond Eagle’s acquisition of DraftKings, Social Capital Hedosophia’s third SPAC IPO, MultiPlan’s planned merger with SPAC Churchill Capital in an $11 billion deal, and Bill Ackman’s announcement of plans to raise $4 billion via a SPAC IPO.

Despite recent market turbulence and waning traditional IPO and M&A activity, SPAC activity is ramping up. Forty-four SPAC IPOs have priced year to date, raising more than $13.5 billion of capital*. Through 1H 2020, SPAC IPOs represent year-over-year increases in volume and capital of ~32% and ~71%, respectively*.  Another 94 SPACs are searching for targets, representing over $25.1 billion of capital*, a robust backlog that suggests this trend is here to stay.

While SPACs have existed for years, they have cycled in and out of favor with investors. Historic SPAC structures garnered criticism in the '80s and '90s, even inviting comparisons to fraudulent shell companies. The vehicle became popular again in the early 2000s before falling out of favor after the financial crisis.

Current SPACs, known as “Generation III,” resolve a number of issues of the past. In fact, modern SPACs are much more likely to successfully acquire a target company than their historical counterparts. Their aggregate fail rate, or inability to consummate a business combination prior to the expiration date, is less than 15% - far lower than previous SPAC generations, whose fail rates often climbed north of 50%.

Investor protections have also improved, as have certain transaction process details. Today’s SPAC investors often receive additional downside protection down to the size of their initial investment (often $10/unit). In recent SPAC structures, founders often overfund the SPAC at the time of the IPO with an at-risk capital infusion to provide for the $10/share at redemption or liquidation. Shareholder votes are no longer mandatory to gain approval for a SPAC business’ combination, nor are they tied to redemptions. Similarly, warrant holder votes are no longer required and exercised warrants are less dilutive.

SPACs can be a unique opportunity for investors, sponsors and management teams, and potential sellers alike. With a SPAC, investors gain access to strong management teams and the opportunity to participate in high-profile offerings at a low cost per unit. The vehicle also has limited downside risk and generally includes a call option or warrant structure. By participating in a SPAC IPO, investors get a “free” look at a business combination, prior to having to make a decision on whether to redeem their options.

For sponsors and management teams, capital is available for both the acquisition as well as organic growth following the acquisition. The readily available cash reserve, dedicated to the successful completion of the transaction, on a defined timeline, positions the sponsors as attractive buyers in the current environment.

Sellers also stand to gain. The SPAC provides more upfront certainty around deal structure and pricing terms, presenting an attractive, expedient, alternative path to the public markets, with the potential for premier sponsorship by high-profile firms and investors.

In the current environment of uncertainty, companies may need to consider unconventional paths to the public markets. Baird Global Investment Banking is an experienced partner to companies seeking equity financing or M&A solutions, with recent experience advising companies on SPAC processes.

Contact a member of Baird’s Global M&A team to discuss this and other market dynamics. 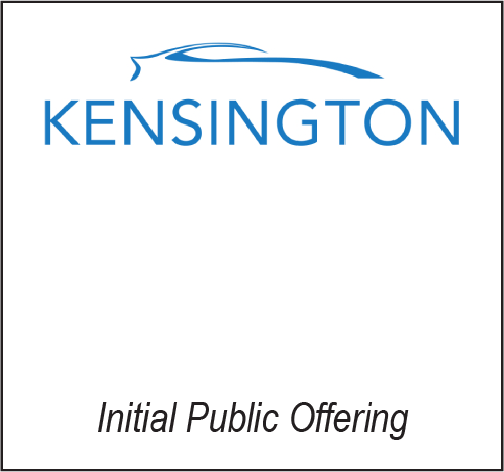 Learn more about the transaction. >

We served as exclusive financial advisor to Concrete Pumping Holdings, Inc. on its 2018 sale to the SPAC Industrea Acquisition Corp. 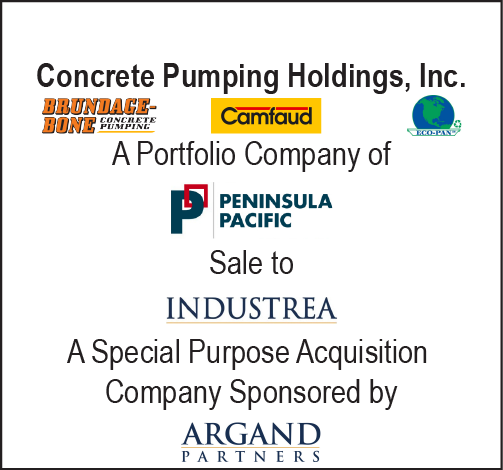 Learn more about this transaction. > 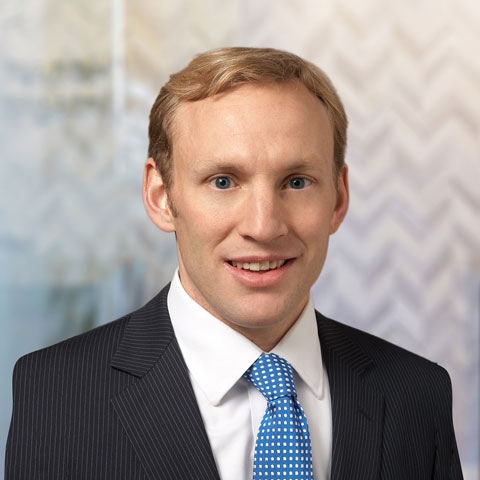 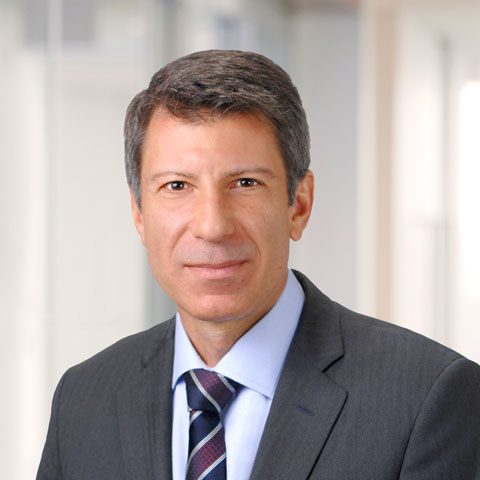 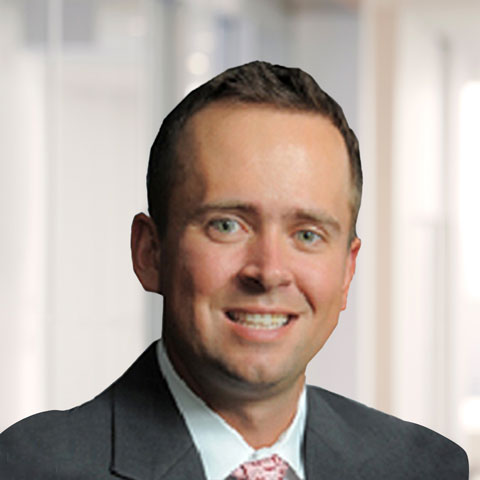