Accessibility of funding for small and medium businesses is increasing,
but is it enough?

The issue of access to capital – how accessible and how broadly available it is to small- and medium-size businesses (SMEs) and their investors – is particularly relevant as Brexit looms and economists fret that a recession is on the horizon. For SMEs, the availability of capital has become more concentrated in recent years, leaving investors with fewer choices. There are signs this tide could be turning, but will the momentum be enough to improve access to capital for SMEs and investors?

SMEs are generally viewed as the engine of a national economy, driving job growth, productivity and innovation. However, those benefits don’t materialize unless SMEs receive the capital to thrive. While Europe has 23 million SMEs, only 2,000 are publicly listed. Thus, regular investors in the public markets do not have the opportunity to provide the majority of those businesses with capital.

Looking outside the public markets, the amount of capital being raised and invested in SMEs is high on a relative basis but is becoming increasingly concentrated. According to data from the British Business Bank, UK SMEs received a record £6.7 billion in equity investments in 2018, a 5% increase over 2017 and 72% greater than 2016 levels. However, the number of deals fell 6% in 2018 to 1,603, with the biggest decline in seed-stage investments. 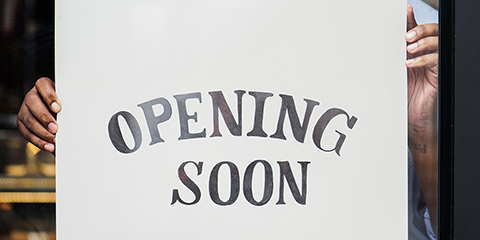 This concentration of capital is sometimes compounded by the so-called “unicorns” – private companies valued at $1 billion or more. These companies attract a lot of capital in the private markets and then, during their public market debut, their initial public offerings are often monopolised by the long list of private investors that the companies bring with them, effectively shutting other investors out of the equation.

One silver lining from recent years is the rise of alternative funding mechanisms, largely enabled by advances in technology. According to a 2018 report by the Cambridge Centre for Alternative Finance, the UK alternative finance market grew 35% between 2017 and 2018, and multiple funding mechanisms have demonstrated strong growth in the past few years:

However, many of these alternative forms of funding are relatively new and lack the oversight present in other areas of the capital markets. Additional governance of these newer funding mechanisms may also offer greater trust and awareness of these as potential sources of capital.

There are also a number of new private equity funds that have entered the market in recent years and employ more of a regional SME focus. For example, the Business Growth Fund has committed £2 billion of growth capital in SMEs over the past seven years. Importantly, in addition to capital, these private equity investors often bring valuable expertise, contacts and resources to the SMEs in which they invest, offering additional catalysts for growth.

These factors are all tailwinds in the movement to make capital more accessible to SMEs and investors – but this lift may be encumbered by conventional wisdom or now outdated perceptions around growing a business.

Consider the lingering negativity that often surrounds taking on private equity investments. These perceptions are in part due to a number of well-documented bad behaviours in the marketplace, but the benefits provided by private equity can help SMEs capitalise on their true potential.

Thanks in part to the stampede of technology “unicorns” that have made their public debuts in the past year or more, some SME owners may feel it’s impossible to go public because their business isn’t a large- or ultra-cap-sized company. Yet public market investors are feeling starved for companies of all sizes to flourish and want a range of choices. Thus, businesses should carefully weigh whether the door to public market capital is as tightly closed as it may seem – and investors should consider which businesses and which sectors to back.

Going forward, it will be important for SMEs and investors alike to reconsider conventional wisdom on investing in small and medium sized businesses. Keeping an open mind may well be the answer to how to achieve the democratisation of capital.

This content was produced by the advertising department of the Financial Times, in collaboration with Baird.

Robert W. Baird Limited is authorised and regulated in the UK by the Financial Conduct Authority and affiliated with Robert W. Baird & Co. Incorporated.